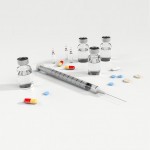 This myth busting paper addresses some of the main misunderstandings and misinformation about the use of antibiotics for animal health care in the EU.

Myth 1 – In the EU, farm animals use more antibiotics than humans.

Fact – Use of antibiotics per kg of biomass is lower in farm animals than in people, as shown in the latest 2021 JIACRA report published by the European Centre for Disease Prevention and Control (ECDC), the European Food Safety Authority (EFSA), and the European Medicines Agency (EMA). Massive efforts have been made by the animal sector over the last decade which has seen a reduction of sales of veterinary antibiotics of over 34% (2020 ESVAC report).

Myth 2 – In the EU, antibiotics are used to promote the growth of farm animals.

Fact – The use of antibiotics as growth promoters in farm animals is banned in the EU since 2006. These are still used in some non-EU countries to increase growth rates in animals.

Myth 3 – There is a high risk that people become ill as a result of antibiotic resistance developed in animals and transferred to humans.

Myth 4 – Antimicrobial resistance in humans is the result of overuse of antibiotics in animals.

Fact – the mechanisms of development of antibiotic resistance in bacteria is the same in humans and in animals. Misuse or overuse of antibiotics in humans and in animals may lead to the development of resistance in bacteria, while transfer of antibiotic resistance genes between species might happen occasionally and towards both directions (see also previous question). Therefore, banning certain antibiotics for use in animals will have little effect on the human antimicrobial resistance burden. This is acknowledged by many scientific bodies and authorities, which have stated that about 75% of the total burden of infections with antibiotic-resistant bacteria in EU and EEA countries are associated with human patients and healthcare settings. Other main drivers include the lack of access to clean water, sanitation and hygiene (WASH) for both humans and animals, poor access to good quality, affordable medicines, vaccines and diagnostics; the lack of awareness and information; and lack of enforcement of legislation (WH0).  Banning certain antibiotics for use in animals may have a contra-effect. Dependance on few only antibiotics for the treatment of infections in animals will increase the selective pressure to bacteria and foster the selection for antibiotic resistant organisms, thus leading to the opposite effect.

Myth 5 – Antibiotics are present in food.

Fact – In the EU, very strict “waiting” or withdrawal periods are set for each antibiotic for veterinary use, giving time for medicines to be eliminated from the animal prior to slaughter. This ensures food safety as food products of animal origin cannot contain residues of antibiotics above very stringent limits.

Fact – The main driver for resistance development is the level of use / misuse of antibiotics, which is not necessarily linked to farm scale or system. Resistant bacteria are found on intensive and organic farms alike, since animals become sick at some time in all production systems, and so are treated with veterinary antibiotics whenever this is deemed necessary by a veterinarian (Commission Regulation (EC) No 889/2008 and Council Regulation (EC) No 834/2007).

Myth 7 – Antibiotics are excessively used in animals by non-competent persons.

Fact – Regulation 2019/6 indicates that antibiotics in animals are used only following the examination, diagnosis and prescription by a veterinarian. Veterinarians are highly educated to evaluate the health condition of animals under their care, to diagnose and to prescribe the necessary treatment in the same way that doctors do for people. They are additionally well-aware of the mechanisms leading to the development of antibiotic resistance and the risks for animals and people in the same way that doctors are for people. Enforcing veterinary supervision and care through the implementation of regular veterinary visits as foreseen by the Regulation (EU) 2016/429 can have a major impact on promotion and implementation of best practices, which leads to better health of animals and minimize the need to use antibiotics.

Myth 8 – Preventive treatment is used on EU farms to compensate for poor hygiene and husbandry.

Fact – Animals – like humans – can become sick even when kept under the best conditions. Animals are recognized as sentient beings (article 13 of the TFEU) and have to be treated when animals get sick. The veterinarian is one to evaluate the situation, diagnose and prescribe the right treatment to those sick animals, including antibiotics where needed, as doctors do for people. Applying preventive biosecurity measures is also crucial in ensuring overall animal health of animals. Regulation 2019/6 bans the preventive (prophylactic) use of antibiotics in groups of animals. Preventive treatment with antibiotics in animals is only permitted for individual animals and in exceptional cases for a small number of animals, when the risk of an infection is very high and the consequences are likely to be severe.

Myth 9 – Treatment of animals as a group is not necessary in farming practices in the EU.

Fact – Treatment of groups of animals through their drinking water / feed can be the safest and most effective treatment method. Regulation 2019/4 on medicated feed introduces strict rules for the use of oral medication, via feed or water. Getting control of individual animals and injecting them can be very stressful to the animal, especially if a course of treatment involving daily dosage is needed. Hence this makes individual treatment stressful and impractical. It should be up to the veterinarian to decide the optimum way to administer medication, which remains under veterinary control and prescription.

Myth 10 – We have to set a target for zero use of antibiotics in animals.

Fact – The target should be the reduction of antibiotic resistance and not the zero use of antibiotics in animals or in people. Antibiotics must be available when needed and be used prudently and responsible in both animals and humans, following a diagnosis and a prescription by a veterinarian (in animals) or a doctor (in humans), who need these tools to control infections and stop the spread of disease.